He first came to. this state in 1837 in a party consisting of David Mumma, Benjamin Myers, Samuel Fonts, Samuel Heith, and Jacob Buck. Of this party he was the last surviving member.

He remained in this state until the fall of 1840 when he returned to his native state. He was married to Miss Susan Huffman, December 6, 1842, and remained in the state of Maryland until 1846 when he, with his family, and Jacob Huffman Sr, and his family, removed to this state where he has since resided. He first located about 5 miles north of Mt. Morris, Illinois, near the home of Jacob Rue, Sr. and remained there until 1853, when he built a dwelling in the village of Adeline and removed to that place where he resided to the time of his death, having never left the state but once and that to pay a visit to his Maryland home during the winter of 1878-79.

There was born to bless this union 7 children - 5 boys and 2 girls of which 4 boys and the 2 girls are still living, one son having died in infancy. There remains to morn his loss, his wife, 6 children, 12 grandchildren and a host of kind friends, neighbors and acquaintances.

His body was laid to rest in the cemetery at Adeline. The services were conducted by Rev. H. D. Hezly, U B minister at the U B. Church, who spoke words of comfort and consolation to the bereaved friends from Psalms XXIII:4. Thus they pass away. Another old settler added to the long list of departed ones; the question now, who is next? 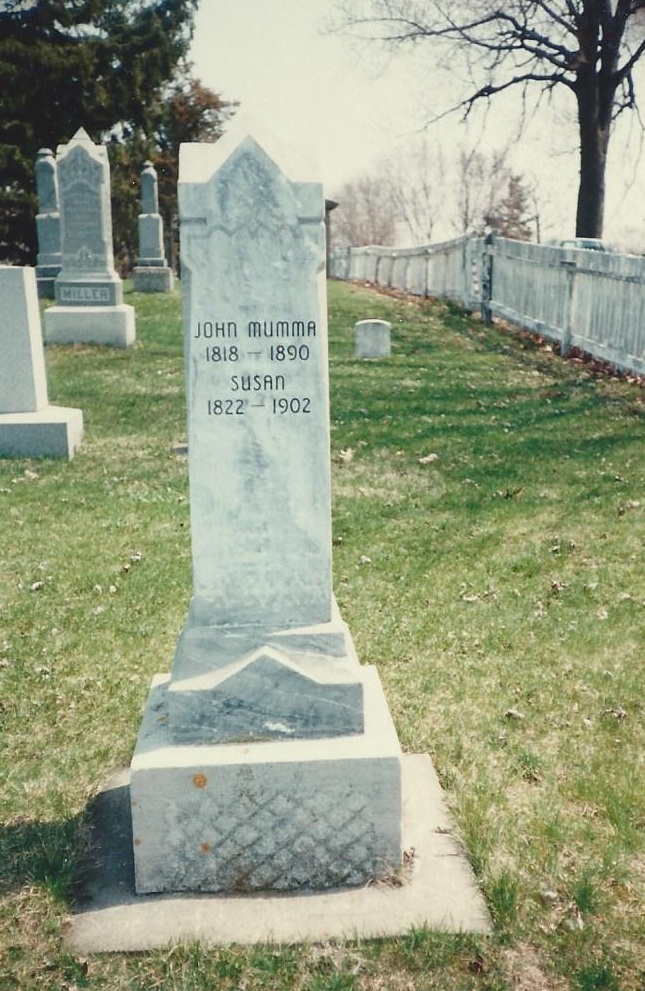 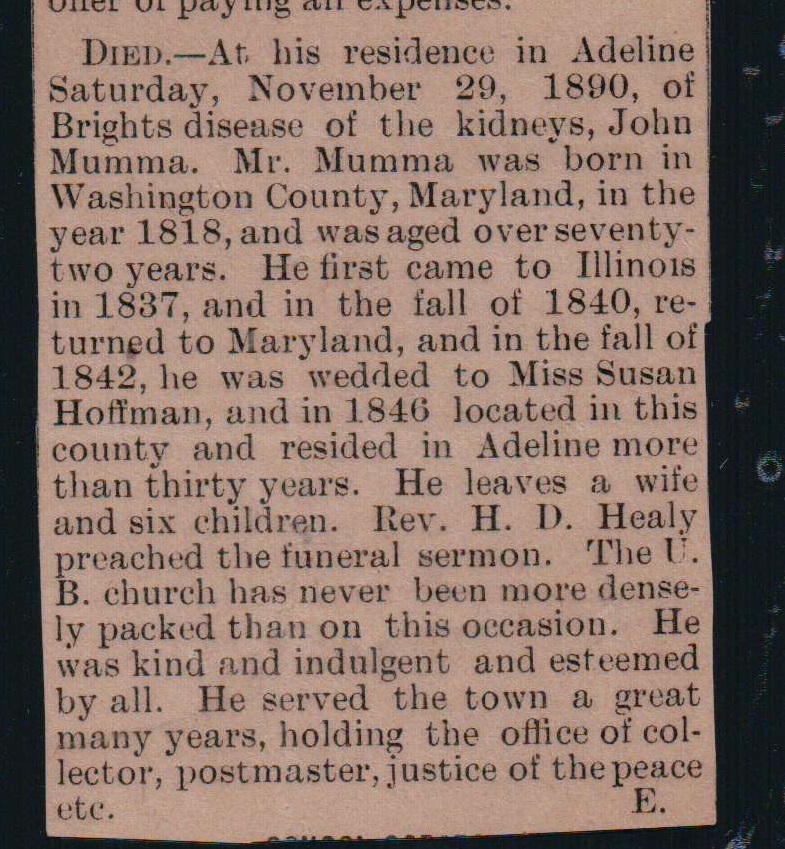