Romanzo G. Shumway was born in what is now known as the city of Oberlin, Ohio, Feb. 12, 1832. He died at his home in Polo, Ill., Mar. 30, 1908, aged 76 years, 1 month and 18 days. He is survived in his immediate family by his wife, Mrs. Eugenia M. Shumway and two daughters, Mrs. Anna Wagner of Green Bay, Wis., and Mrs. Lucia Suffel of Minneapolis, Minnesota, and besides these, two brothers, R. B. Shumway of New Milford, Ill., and R. H. Shumway of Rockford, Ill. Mr. Shumway's parents were David and Sally (Greely) Shumway, natives of Vermont. An earlier ancestor Peter Shumway founded the family in Massachusetts in 1665. Mr. Shumway's parents came west soon after their marriage, settling first in Ohio and afterwards in Winnebago County, Ill., near the city of Rockford, where they located on a farm in the year 1836. Here Mr. Shumway was reared to manhood receiving his education in the schools of that vicinity. Mr. Shumway started out for himself early in life, being first a clerk in a drugstore at Rockford and afterwards holding the same position in a dry goods store in Dixon, Ill., coming to Milledgeville and engaging in the drug business in 1855. He was married to Miss Eugenia M. Palmer, daughter of Dr. W. K. Palmer on Oct 17, 1855. Three daughters were born to this union, two of whom survive, the eldest having been laid to rest Mar. 30, 1892. The Shumway family moved from Milledgeville to Polo in November 1871 where they have since resided. Mr. Shumway began his business career in Milledgeville where the foundation of his large fortune was laid. While living here he held the offices of postmaster, supervisor and school treasurer. It was here also that his religious activities began, which afterwards became so marked a feature of his life, uniting with the M. E. church in 1868. He maintained his interest in Milledgeville affairs to the last, cherishing always a warm feeling for the scenes of his early business activities. His kindly greeting and the friendly interest he always manifested, as he came among us from time to time. will be sorely missed but long remembered by us all, especially the older portion of this community. Before his removal to Polo in 1871 he assisted in the organization of the First National Bank at Lanark, Ill., and was its first president. After going to Polo banking became his main business for the rest of his life. With increasing wealth the field of his operations was extended and banks were established at Fergus Falls, Minn., Freeport, Ill., Green Bay, Wis., and at many other smaller places, including the bank at Milledgeville. Mr. Shumway was an eminently successful man. The contributing factors were mainly his fine business ability, his excellent judgment, his unswerving fidelity to the trusts reposed in him and his absolute honesty. These qualities and many others which he possessed caused a wide and favorable recognition and made him a valuable counselor and adviser. His life should be an inspiration to all young men who come within the sphere of its influence as proving that success may yet be obtained by honorable methods. He leaves a good name which is more to be prized than his wealth. In his death the communities in which his work was done lose a Christian gentleman, an upright citizen and a successful business man, his family a devoted husband and loving father. He leaves a host of friends who will long remember him for his friendly interest, his kind deeds and benefactions. 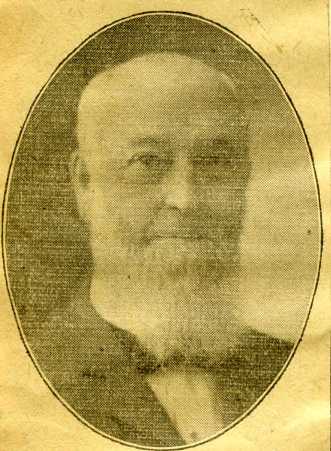